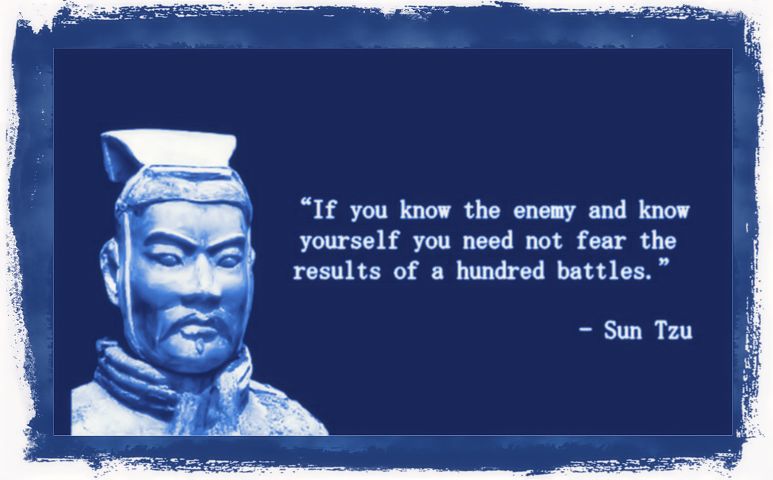 Tactics + Strategy = Victory. The 99% needs to learn this.

The greater the difficulty the more glory in surmounting it. Skillful pilots gain their reputation from storms and tempests.
Epictetus

Sun Tzu said: “The art of war is of vital importance to the State. It is a matter of life and death, a road either to safety or to ruin…”
The Art of War is one of the oldest and most successful books on military strategy in the world. It has been the most famous and influential of China’s Seven Military Classics: “for the last two thousand years it remained the most important military treatise in Asia, where even the common people knew it by name.It has had an influence on Eastern military thinking, business tactics, and beyond. Our military knows about the tactics of smaller armies and they know how to defeat them. They choose not to. Once you know this, you should also know that our government and military could win any war in a very short period of time. They choose not to.
They fight wars because it is profitable. They invent an enemy and a scapegoat, and they fight wars for profits. Profits for the very few, at the expense of many.
Every American should read ‘Sun Tzu – The Art of War’, or watch the ‘documentary’.